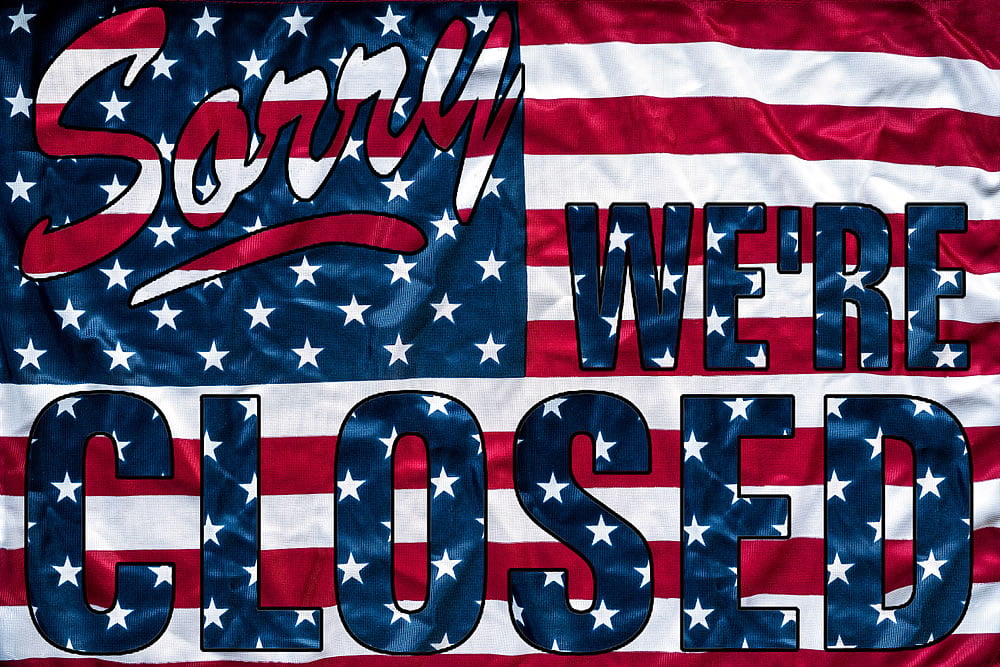 If things were not bad enough in crypto land the US government is adding to its woes. The longest shutdown in history is taking its toll on the economy, innovation and the crypto industry.

Regulators are no friends of those in the blockchain and crypto industries but they have come to accept that some form of regulation is necessary for the nascent ecosystem to flourish. As observed by the MIT Technology Review this prolonged shutdown is delaying vital decisions that could make a huge difference to crypto markets.

The shuttering of the Securities and Exchange Commission (SEC) and the Commodity Futures Trading Commission (CFTC) for a record fourth week has hampered the launches of key crypto products and services. The most prominent one is the NYSE owned Bakkt crypto asset exchange which was originally set to launch on January 24.

The company failed to secure approval before the shutdown began on December 22 so it is now in a holding pattern awaiting action from government regulators to open a 30 day public comment period. Bakkt has not been sitting around though and has recently announced the acquisition of assets from Rosenthal Collins Group (RCG) to power its back office.

CEO Kelly Loeffler acknowledged the delays in her end of year article stating “Clearing firms and customers have continued to join us as we work toward CFTC approval. We made great progress in December, and we’ll continue to onboard customers as we await the ‘green light.’”

Bakkt is not the only company in the queue, others are also in a state of suspense including trading platform ErisX which has successfully raised $27.5 million. The futures market and clearinghouse is currently waiting for staff at the CFTC to return to their offices. CEO Thomas Chippas spoke to CoinDesk, stating:

“ErisX’s interaction with the CFTC has been both positive and productive. During this government shutdown we have continued our platform development efforts. We look forward to this current impasse being resolved and re-engaging with staff on our DCO [derivatives clearing organization] application.”

Hands are tied at the moment as the bears keep eating away at crypto markets. According to the New York Times the record breaking shutdown could send the US economy into a contraction. It added that the White House is showing no signs of relenting, blaming the Democrats for economic damage as the standoff over Trump’s border wall continues. An estimated 800,000 federal employees are currently twiddling thumbs while crypto, innovation and the wider economy continues to suffer.