On January 6th, Pascal Boyart, a pro-crypto Parisian artist and muralist took to Twitter that he or she painted a puzzle, which depicted contemporary revolutionaries clad in Yellow Vests and a woman with the French colors in hand. Although the mural seemed innocuous enough, Pascal explained that he/she, along with pro-Bitcoin venture capitalist Alistair Milne, had hidden a secret private key in the art installment. The private key led to a wallet containing 0.26 BTC, valued at approximately $1,000 at the time of deposit. 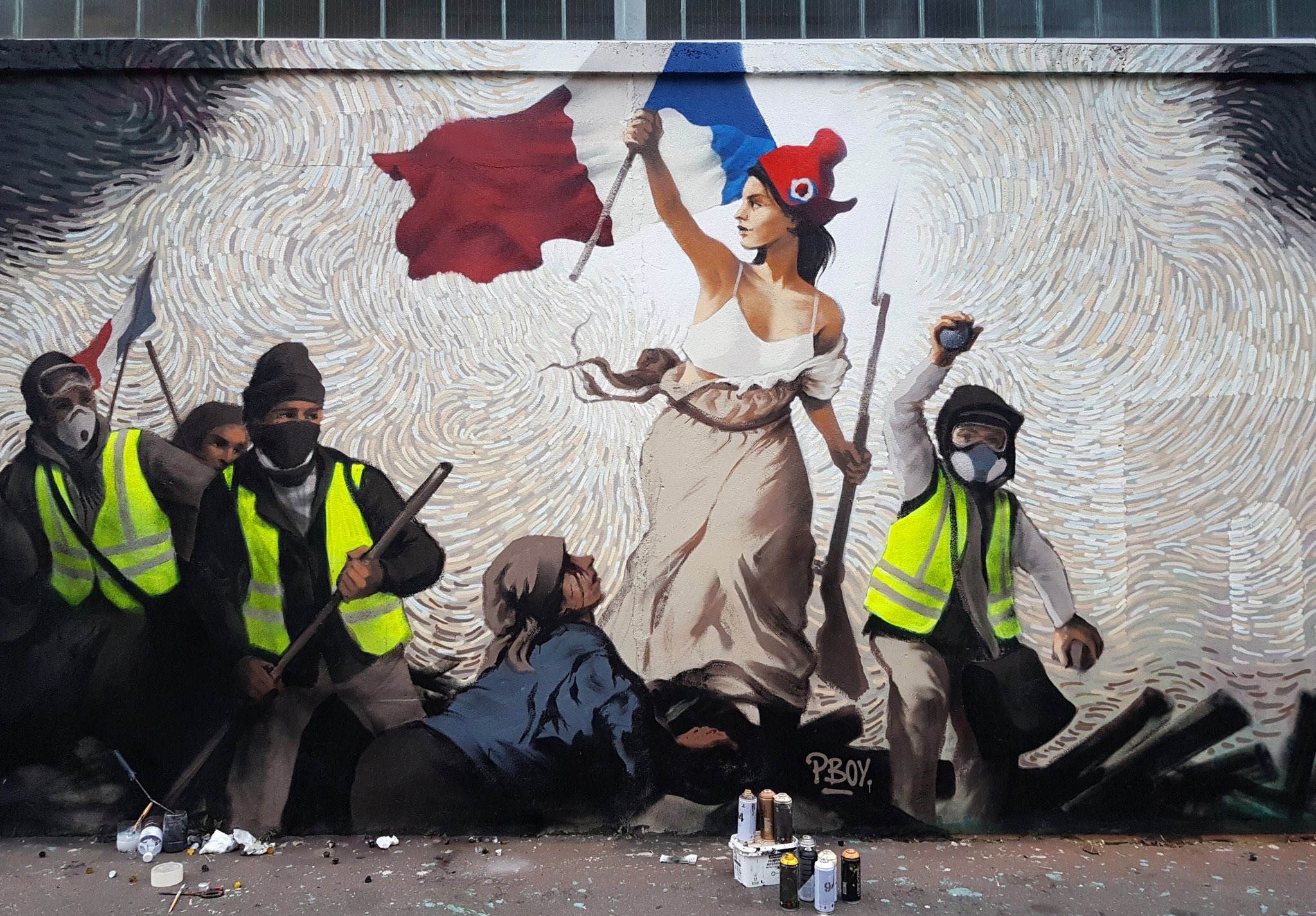 Now, just one week later, after crypto media touted the mural en-masse, Pascal took to Twitter again to claim that someone solved the puzzle, citing address data from Blockchain’s block explorer. And, just an hour later, Twitter users going by Antoine and Brito responded to Pascal, claiming that they were the ones that solved it.

Antoine wrote that he and his partner in crime were “very happy to win this race,” before subsequently noting that the mural “exposes” the determination that French citizens have had to “triumph over bankers’ lies.” The enthusiast, who is a self-described blockchain technology engineer, didn’t divulge what clues were present but noted. However, Antoine explained he would release his team’s findings in the coming days, quipping to “spread Bitcoin!”

The two detectives walk away with 0.289 BTC, valued at $1,025 factoring in Sunday’s sudden market downturn.

This little treasure hunt came amid cries that France’s Yellow Vest (Gilet Jaune) movement, focused on curbing an array of policies from Macron’s government, have begun a bank run. Per previous reports from NewsBTC, an activist going by Nicolle Maxime took to social media to rally individuals to withdraw money from centralized financial institutions. In a thirty-three minute video, the French national beckoned his fellow Gilet Jaunes to take more severe action.

While Maxime’s thoughts were scattered, as he covered an array of topics in a rant-esque style, the key takeaway was that during “Act 9” (the ninth week of this movement), individuals participating should embark on a bank run. Maxime explained that this would turn the tide in the Yellow Vests’ favor.

Even though Maxime didn’t mention the French equivalent of “crypto,” many Bitcoin enthusiasts began to run with the “bank run” narrative, claiming that they would be happy to accept Frenchmen into the tight-knit community of decentralists. After hearing of the supposed plans, one Reddit user wrote:

“The French have always been the tip of the spear when it comes to societal change and the humiliation of tyrants.”

This comment was hinting at the commenter’s thought process that Bitcoin could garner adoption in the European powerhouse.And in Anthony Pompliano’s words, it seems as though the virus has already begun to spread.

On Wednesday, Reuters reported that along with cigarettes, cigars, lottery tickets, and other corner store staples, visitors to Paris Tabacs will be able to purchase BTC for their Euros.

This integration, first activated in six stores, is supported and backed by Keplerk, a fintech startup based in the nation. Adil Zakhar, one of the pro-crypto firm’s co-founders, claimed that by February, over 6,500 Tabacs will support purchases for the leading blockchain-based asset (via a voucher system).

Zakhar explained that as many consumers find it “complicated to get BTC online,” an integration into trusted local tobacco shops is better than anonymous, often hard-to-use websites.