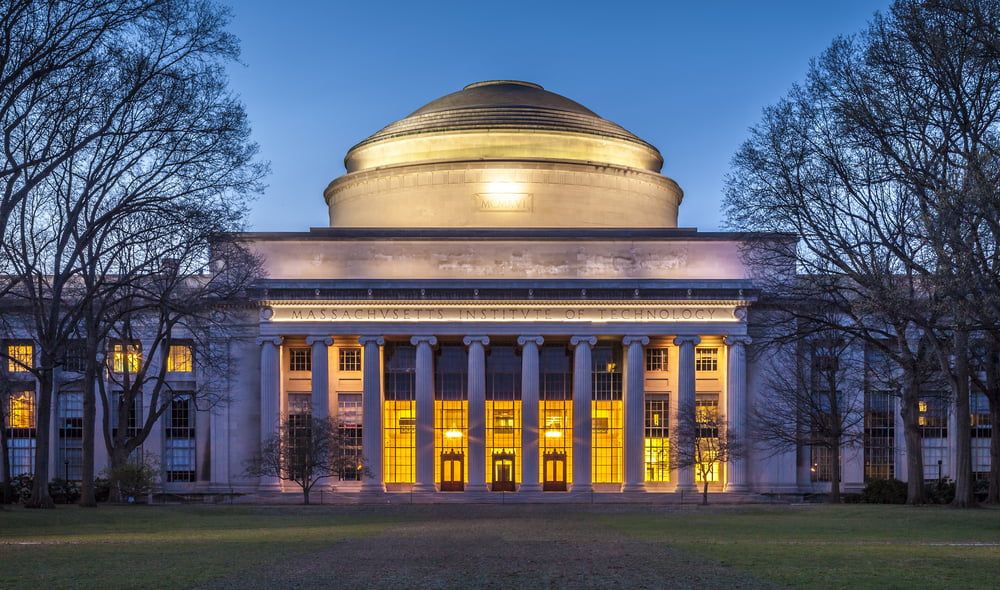 Since Bitcoin began to pick up steam in 2016, the network, coupled with its core developers, has been criticized by cynics en-masse for its inability to scale. And while evident strides are being made, with solutions like the Lightning Network and Segregated Witness seeing rapid adoption, innovators have still sought to one-up the world’s first cryptocurrency.

Academics from two world-renowned institutions of higher education recently divulged ambitions to top Bitcoin. Since the bombastic announcement, Joey Krug, a leading Silicon Valley investor and devout disciple of blockchain scaling, has come out in support of the project.

Per Bloomberg, professors from seven U.S. universities, including the Massachusetts Institue of Technology and Stanford, in collaboration with San Francisco-based Pantera Capital have joined hands to create a newfangled cryptocurrency. The consortium, named Distributed Technology Research (DTR), plans to call their project Unit-e, which they hope will be able to facilitate 10,000 transactions per second (TPS).

In a DTR research paper, participating academics claimed that Bitcoin’s inherent design has constrained its scalability prospects, subsequently reducing adoption. However, DTR’s researchers believe that their proposed system of sharding, which would allow for more efficient blockchain data processing, will allow for key TPS milestones to be breached.

In an interview on Bloomberg TV, Joey Krug, a member of DTR, the co-founder of Augur, and the chief of investment at Pantera, lauded the project. Krug, who evidently has a vested interest in DTR, noted that “the mainstream public is aware blockchain networks don’t scale,” before lauding Unit-e’s potential to become a powerhouse in the smart contract realm, which he believes Bitcoin cannot do.

Considering Krug’s enamorment with scalability, as mentioned in previous NewsBTC article, it should come as no surprise that his firm’s willing to put money where its mouth is. Yet, an array long-time crypto pundits and skeptics have quickly expressed their concerns about the “experiment,” remarking that Bitcoin isn’t going anywhere.

Crypto Skeptics Duke It Out

Although the project has gained the backing of Pantera’s hefty war chest, a majority of crypto commentators are skeptical of what the academics have to offer. NewsBTC’s Joseph Young recently took to Twitter to poke fun at Unit-e, likely touching on the mass of ambitious developers that have tried (and failed) in efforts to manufacture a “better Bitcoin.”

Joseph even noted that “we’ve been through this at least 30,000 times in 2018,” referencing the collapse of projects claiming that they would usurp Bitcoin’s long-standing, unquestioned hegemony.

Nic Carter, a crypto researcher, joked that the touted transactional throughout claims are “unproven,” adding that this venture is likely to “fall at the first hurdle.” Gabor Gurbacs, one of VanEck’s in-house crypto experts, quipped that Bitcoin works in reality, so it can be likened to a workhorse, rather than a unicorn — a likely jab at this project’s status.

It is clear that crypto’s most fervent insiders are skeptical of this Pantera-backed venture, and they aren’t alone in their cynicism. While Jeff Sprecher, the chief executive of the Intercontinental Exchange, NYSE’s parent conglomerate, hasn’t commented on this foray to oust the flagship cryptocurrency, he touched on his skepticism of alternative cryptocurrencies in a Consensus: Invest speech.

Sprecher, wed to the chief executive of Bakkt, explained that although Bitcoin is situated in a swamp, filed to the brim with “thousands of other tokens that you could argue are better,” the project continues to survive and thrive, all while continuing to see development and fundamental growth.

From a purely logistical standpoint, Bitcoin may survive for decades on end due to its status as an industry household name. If you were to ask effectively any consumer, whether a crypto investor or otherwise, to think of a cryptocurrency, Bitcoin would first come to their mind. And with the level of institutional money backing BTC, it is unlikely that the world’s first cryptocurrency will lose traction to Unit-e, in spite of its notable roster of supporters.

Even if Unit-e makes it to market, small caps, even those with promising technology, innovative use cases, and stacked teams, have historically fallen short of the godfather cryptocurrency.

Per previous reports from NewsBTC, Ethereum Classic came under a Proof of Work (PoW) attack last week, allowing malicious individuals to double spend over $1 million of ETC tokens. This attack on one of crypto’s foremost projects quickly sparked controversy, with many commentators touching on the malleability of certain PoW-backed blockchains.

Case in point, Eric Conner, a leading Ethereum proponent, took to his Twitter page to discuss the “death spiral” of low to mid-cap cryptocurrencies. Conner noted that some cryptocurrencies have seen hash rates disappear nearly en bloc, creating an environment for a cheap Proof of Work (PoW) attacks.

But what if the MIT-backed crypto is taking advantage of consensus mechanisms other than PoW systems reminiscent of Bitcoin mining?

In the eyes of the aforementioned skeptics, Unit-e, whether secured by staking, mining, or otherwise, will likely be unable to deliver on its ambitious promises. So, many cynics are sure it is just a matter of time before the project launches, stumbles, and plummets into the proverbial abyss.