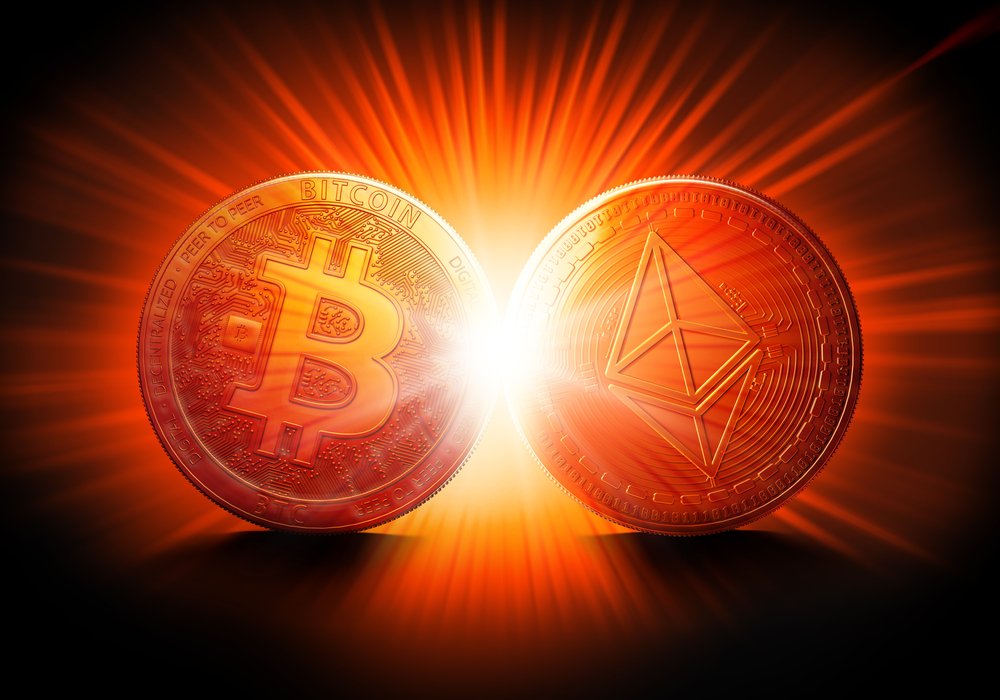 Investing in Ethereum at its bottom could yield more returns than investing in Bitcoin, said Don Alt.

The famous cryptocurrency analyst, who has 82.7k following on Twitter, claimed that his investment paid off when he bought Ether at $121. While he didn’t specify the nature of his trade, he said his investment could return ten times more profit than bitcoin while still costing 1/3rd of the leading digital currency.

“I’ve heard Etherum will one day be the global computer that [executes] smart [contracts], tweeted Don Alt. “So I rebought me a few at 121. Seems like a good idea if you compare it to BTC it can go x10 easily and still only be worth 1/3rd of a coin. That’s a steal right there.”

I’ve heard Ethirum will one day be the global computer that does smart contractions so I rebought me a few at 121.
Seems like a good idea if you compare it to BTC it can go x10 easily and still only be worth 1/3rd of a coin.
That’s a steal right there.

Ether was a superstar cryptocurrency in 2017 thanks to the great ICO mania. It performed even better than bitcoin in the same year. However, 2018 had a different story to tell. Ether closed the year at $131, down 82.% from the open. On the other hand, Bitcoin posted a yearly drop of 74.7%, calculated between the highs of January 1, 2018, and lows of December 31, 2o18.

At the end of 2018, both Ether and Bitcoin established their so-called bottom levels. For ETH/USD, the new low was 83, according to BitFinex data. At the same time, the low for BTC/USD was 3,220. The cryptocurrency market, as a whole, is undergoing a weak upside correction ever since. At the press time, the ETH/USD rate has surged 55.42%, while BTC/USD has jumped 14.62%.

That explains how Ethereum is recovering faster than Bitcoin – and why Don Alt is more bullish on the former.

Why people still trade BTC over ETH is beyond me. pic.twitter.com/XVu3Cjga0O

What’s Next for Bitcoin and Ethereum

Bitcoin and Ethereum are walking in their separate directions this year. While the world’s leading digital currency is venturing into futures and ETF markets, Ethereum is attempting to find adoption among upcoming digital ledger-enabled projects.

Steven Nerayoff, the co-creator of Ethereum, said that the growth of Ethereum as technology would be as high as the rise of FinTech across mainstream industries.

“You’re seeing a tremendous amount of growth across a wide variety of industries. Fintech is the natural area, but now you’re seeing it becoming increasingly more creative — you find projects in the oil and gas industry, you’re finding government using it in their applications, you see it in gaming, all kinds of different areas,” Nerayoff explained.

As for Bitcoin, analysts believe the digital currency’s recovery would be slower than the rest of the cryptocurrency market. The only reason that explains the prediction is the bitcoin’s growing dependence on the mainstream financial players.

Seeking Alpha’s Sandeep Singh Ahluwalia wrote that the global financial slowdown had a possible correlation with the price action of bitcoin. The financial expert said that investors were not ready to inject hard cash into the old and new market, which also include cryptocurrencies.

“Most investors will now want to invest their funds in more dependent and recession proof assets such as Gold. Hence, I expect fewer funds to flow into Bitcoin due to the tense political climate.”